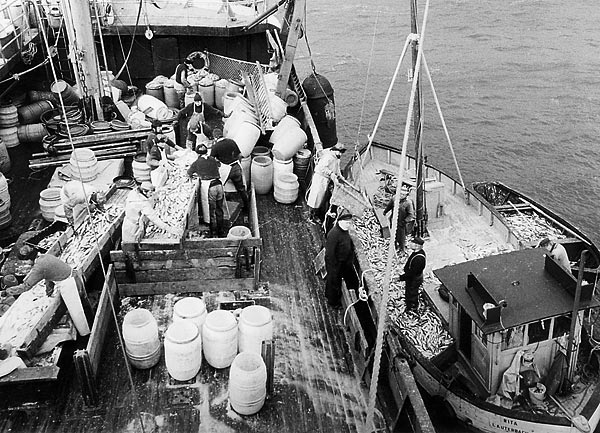 The only deep sea fishing port in the German Democratic Republic was in Rostock. To begin with the East German side trawlers sailed primarily to the southern Bear Islands, Bardagrund, north-west and south-east Iceland and the Barents Sea where the main catch was ocean perch. Later they moved on to other deep-sea fishing grounds in the North Atlantic south of Norway, Greenland, Newfoundland, Labrador, the Bear Islands and the Faeroe Islands.

The “GERA” mainly fished off the coast of West Greenland and Labrador. The weather conditions in the polar regions of the Atlantic Ocean made life for the deep sea fishermen even harsher. The launch of the first factory ships allowed East German vessels to try fishing in the South Atlantic.