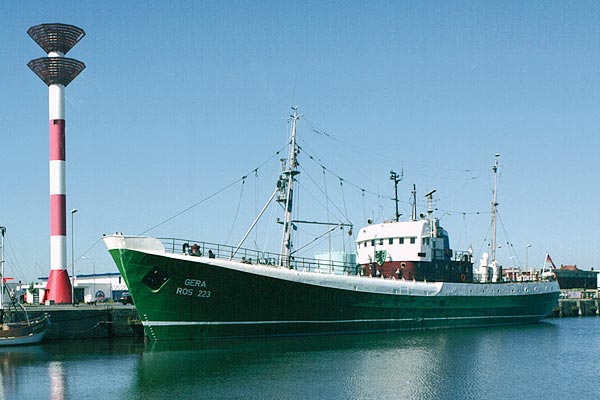 The first steam-powered fishing vessels in Germany to fish with the help of a trawl net were given the English name of „trawler”. Since the nets were let down and hauled in over the side bulwark, the term side trawler became common.

In 1956 shipbuilders at the Neptun shipyard in Rostock developed a new type of side trawler which was built in the Peene shipyard in Wolgast. The keel of the side trawler ROS 223, the third ship in the series „Motor-Trawler Type III, Class: A I (Ice) Fishing” was laid in 1959. On October 14, 1961 it was taken into service by the Rostock Fishing Combine under the name “GERA”. 1961 was the last year in which side trawlers were commissioned both in East and West Germany. They were replaced by modern stern trawlers.