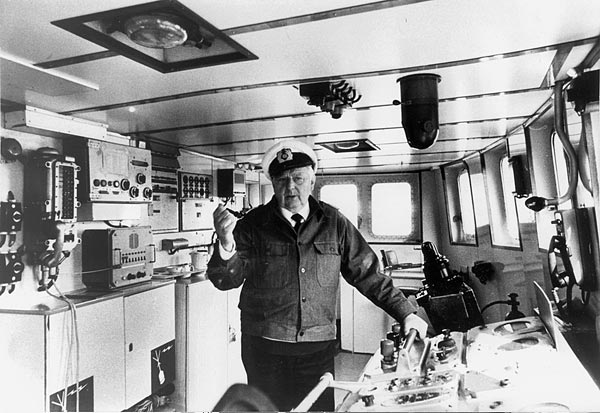 The crew on a side trawler of the last generation usually consisted of a captain, the 1st and 2nd mate, a radio operator, a bosun, a netmaker, 10 to 12 sailors including ordinary seamen and deckboys, two or three ship’s engineers, a galley cook and a cook’s mate.

Large side trawlers in West Germany had crews of 23 to 27 men and in East Germany up to 34. During the voyage to and from the fishing grounds the crew were divided up into watches. On the bridge watch three sailors manned the helm in shifts of four or six hours. The other deep sea fishermen worked as so-called deck watches or day watches and did all the daily routine work on deck,