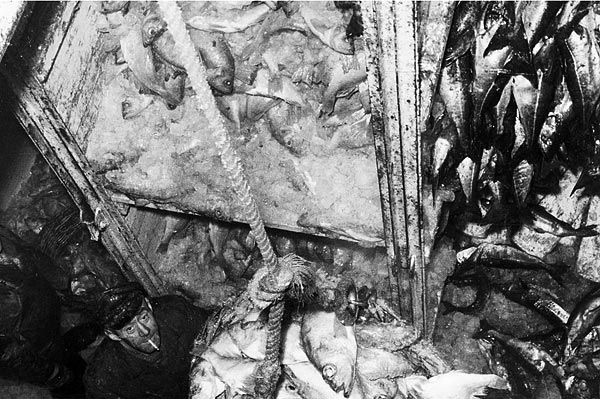 The length of the voyage depended on how long the fish could be kept fresh. Side trawlers brought in wet fish which meant that the fish had to be kept fresh by chilling them with ice and the catch landed within three weeks as otherwise it would perish.
It took around six to eight days for the side trawler to reach the fishing grounds where the nets were let down.

Generally the men would fish until the holds were full. In good fishing grounds this could mean that the trawlermen had to go without sleep for up to 48 hours. Once the fish was on board it was slaughtered and gutted and then laid out on ice to prevent it from perishing.

This process was repeated again and again until the hold was full or it was time to take the catch back to land. During the actual catch on side trawlers the crew was not divided into watches so that they had very little free time. Only on the homeward voyage did they have time to recover from the strenuous work.