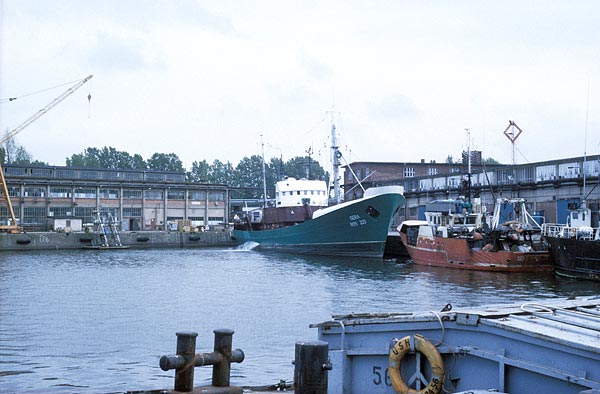 Three different types of side trawlers were designed for the East German deep-sea fishing industry from 1952 onwards. These were virtually identical to the West German side trawlers. When these side trawlers with more powerful engines were commissioned, the radius could be enlarged and fishing grounds around Iceland reached. In the early days the fishing vessels were often captained by West Germans since the training of qualified personnel in East Germany was still in its teething stages.