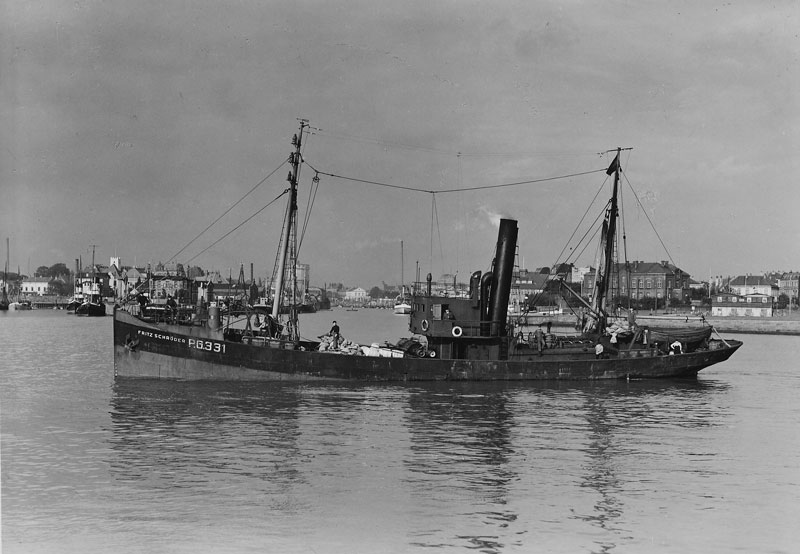 The First World War marked a turning point for German deep-sea fisheries. Of the 263 deep sea fishing vessels before the war, only 82 old trawlers were left in 1919. Work on rebuilding the fleet after the war was started quickly and just two years later there were already 252 trawlers on the seas. In 1924 the fleet reached a historic peak of 401.

From 1925, diesel combustion engines replaced coal-fired engines. Due to the consistency of the new fuel which meant that larger quantities could be stored on board, the vessels had a much wider radius. A further innovation was the new hull shape of the vessels. In 1928 the first ships were commissioned with the new “Maierform hull”. The curved shape of the bow was designed to offer the least possible water resistance.

During the Third Reich German deep-sea fisheries became part of the campaign for industrial autarky.  The industry was expanded rapidly as part of the National Socialists’ Four-Year-Plan for economic mobilisation. In 1938 the trawler fleet counted 373 vessels. At the beginning of the Second World War most of these vessels, 341 in total, were confiscated and commissioned into the navy.