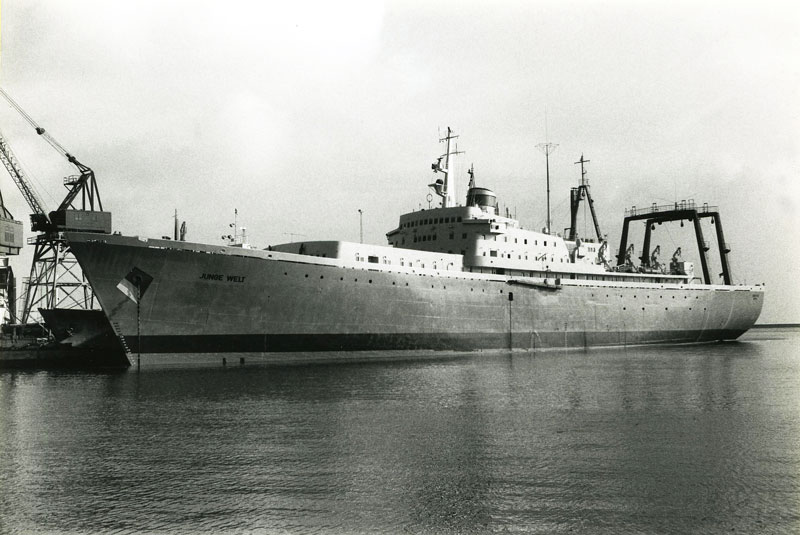 The launch of the first factory ships meant that crews increased from an average of 22 to 33 and even as many as 65 on each trawler, but some 2000 deep sea fishermen lost their jobs as a result of the reduction in ship tonnage. Despite the reduction in the number of vessels, the fishing capacity of the fleet doubled world wide after 1970 thanks to new technology. Even at the beginning of the 1960s new fishing techniques had led to huge increases in the catch. As a result, the populations of many fish species fell drastically.

In response to this overfishing some countries started to oppose the generally accepted system of the freedom of the seas. In 1972 Iceland claimed exclusive fishing rights to a 50-mile zone around the island. This was the start of a fierce national conflict. Following the Third United Nations Conference on the Law of the Sea which was adopted in 1973, some fishing countries decided to expand their fisheries protection zones from 50 to 200 nautical miles, Iceland and Norway among them. The German deep-sea fishing industry lost some important fishing grounds as a result. In 1975/76, 159 coastal countries expanded their fisheries protection zones to 200 miles, marking the beginning of the end of German deep-sea fishing. Foreign fishing vessels were not allowed to enter these protection zones at all.

The quotas introduced within the framework of the EU common fishing policy in order to regulate catch quotas led to a significant reduction in the German deep sea fishing fleet. In view of the quotas for certain fish species and the expansion of national sovereign zones in traditional fishing grounds, German vessels started to exploit new grounds. German trawlers initially concentrated on the North-West Atlantic but later they also tired to fish in South African and Argentinian waters. However, as a result of political resistance, poor fishing opportunities and the rather exotic fish species for German tastes, this was not an economic success.